It is annoying and time-consuming to have to re-format the Pendrive repeatedly to boot a new os. We can't use the Pendrive to store any other file which we made bootable & can't load a new iso file to boot on our computer without canceling the old one. But after the process, we can boot multiple OS at a time & keep our documents at the same Pendrive along with iso using a program called Ventoy.

Ventoy is an open source tool to create bootable USB drive for ISO files. With ventoy, you don't need to format the disk again and again, you just need to copy the iso file to the USB drive and boot it. You can copy many iso files at a time and ventoy will give you a boot menu to select them (screenshot). Both Legacy BIOS and UEFI are supported in the same way. 260+ ISO files are tested.

How to make multi-ISO bootable Pendrive?

In windows, you can do it easily whatever you are using windows 7 to the latest one. Just download the zip archive ventoy-1.0.12-windows.zip from Github.Now unzip the file by Winrar or any other application. You will find an app called Ventoy2Disk.exe.It's high time to make your Pendrive multi-iso bootable that's why plugin your Pendrive on your computer. At last, run Ventoy2Disk.exe select your Pendrive & click on install. Wait a while & boom.

You are ready to use your multi-iso bootable Pendrive just copy your iso file & boot.

Second, extract the file anywhere according to your convenience.

Third open Linux terminal & type sudo su .It could prompt you to enter the root password. If you use a password enter this for root permission. After that go to the directory where you extracted the file. Now we have to set execution permission of Ventoy2Disk.sh script to do that type

The script is now ready to run type.

Everything is ok if you see the script ran successfully like that.

Now we have to select the Pendrive to make multi-iso bootable by the ventoy script. Plugin your Pendrive in the computer & search app called GParted or type gparted on kali terminal.After opening GParted find the Pendrive from the right drop-down menu.

In my case, it's /dev/sdc . Mind it any mistake can damage your hard-drive.

Now give the following command & permit twice by type y.

(change /dev/sdc as your Pendrive such as /dev/sdb or /dev/sda /dev/xxx).

You will see a congrats message mean now it's ready to use.

You can store a lot iso file as you want & you will get the option to chose it later. Now you have to just copy & paste the iso file of your os & boot the Pendrive from bios setup. Finally, you will see something like the first image & choose your os to install. Not only ventoy installation i am also tried to boot kali from the Pendrive it's work perfectly.You can see in the image I loaded it from the ventoy installed Pendrive to install.

Let me know to modify by posting your comments if I did something wrong. Stay with us & humanity...

Dear readers, Your feedback is always appreciated. We will try to reply to your queries as soon as possible.
1. Make sure to subscribe our blog by email to be notified all of the next article in you mailbox.
2. Please Do Not Spam - Spam comments will be deleted immediately upon our review.
3. Please Do Not add any promotional links to the body of your comment as they will not be published.
4.Don't hesitate.Share any small to a big problem with us.

Popular posts from this blog 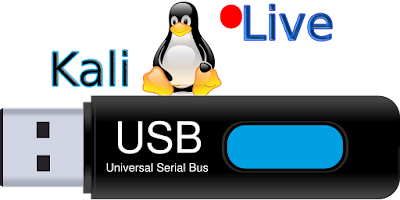 Kali linux live Your query? How to create live Kali Linux USB? Can i create any secure partition on Kali live? How to load my entire Kali Linux system in pocket? How to use luks cryptsetup on kali? There are have a lot of people who want to use kali Linux alongside windows machines. But, they can't cause some limitations. You can use many operating systems include kali Linux using a virtual machine. But, you need a batter configured computer not only this it's also not fully featured. The second one is to create a dual boot system to install kali Linux inside your windows. But, every computer hardware doesn't support this in the BIOS setup. We try those ways to keep our windows system in touch include kali Linux. Why should choose kali live encrypted persistence? Some of the people into us don't know the third option which has some extra features include what you want to use inside a window. Which has the official iso file to install kali Linux live on a small Pendrive?
Read more

How to use Linux without mouse by Android over lan? 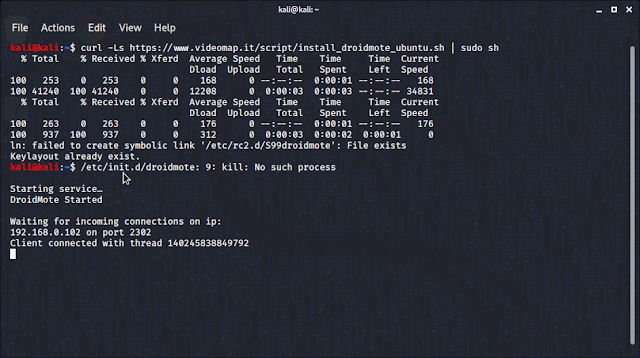 In our daily technical life, it's could happen our computer mouse corrupted & we can't take perfect advantage of our devices. You can find a lot of applications on the internet to fix the problem for your window. But for Linux, it's difficult to set up a virtual mouse environment. Let's fix the problem by droidmote . What is Droidmote? According to the official description, DroidMote is an app that let you control Android, Linux, Windows and Chrome OS devices. With your phone you can control apps and games that support all kind of interactions: gamepad, mouse and keyboard or touch actions. With an hardware gamepad instead you can control multi touch games and games that requires mouse and keyboard. With the DroidMote KMredirect add-on you can control multi touch games and games with gamepad support with mouse and keyboard. What are the requirements? An Android phone. Wireless for LAN connection. Some time includes your mindset. How to setup droidmote ?
Read more